This guy made and excellent discussion about Singapore Telcos.:
https://wilzworkz.wordpress.com/2017/03/08/whats-so-great-about-circles-life-and-whats-wrong-with-our-mobile-data-plans/

The point to take away, is that we need fair competition to benefit consumers. The 3 existing telcos have been in dominance for so long, they can price anyway they want and everyone follows suit to the determent of the public.

The most interesting thing is that new offering is not a 2 year contract but a monthly renewable one. This allows a user to change his phone as and when he needs to. Like when he loses his phone, or some new bling phone catches his interest.

Wonderful new project is the LattePanda

This is a small (I mean small) quad core Atom processor board.  With 2G or 4G of ram. 32G or 64G of sdcard for harddisk.

However the most important of it is that it comes with a free Windows 10 license sponsored by Microsoft. 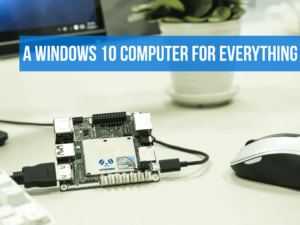 You can find this project at Kickstarter.

You can also pruchase this wonderful too at www.dfrobot.com

But doing a “telnet localhost 4949” and “fetch <pdns_graph_script>” returns nothing.

it turns out that munin-node (from munin-node.log) does not have access to the pdns socket

Most cases for Munin problems are usually permission problems when it is munin-node is being invoked.

Munin-node is running as user munin group munin. It usually does not have permissions to access various applications especially those that are run exclusively as another user. For example, iptables and access to sockets.

The solution is to ensure that Munin-node can shift its own permission for a short time while running the plugin.

Sometimes it can be caused by Selinux running. See this article.

Another possibility is that your default bash shell either does not have the correct paths to various binaries listed. Here you can either hardcode the paths or ensure your paths are part of your script. See this article.

You need to add a file in /etc/munin/plugins.conf.d/pdns

This usually means you are trying to boot using a 32bit kernel but your installation is 64bit or viceversa.

If you boot a 32-bit kernel with a 64-bit OS, when the kernel tries to start /sbin/init (a 64-bit binary), it won’t recognize the binary format, and it’ll try to load the binfmt-464c kernel module, which is ELF support. (ELF support is generally compiled into the kernel, not built as a module, by the way.)

There are no upcoming events at this time.

Any cookies that may not be particularly necessary for the website to function and is used specifically to collect user personal data via analytics, ads, other embedded contents are termed as non-necessary cookies. It is mandatory to procure user consent prior to running these cookies on your website.